WHAT IS A PACEMAKER? 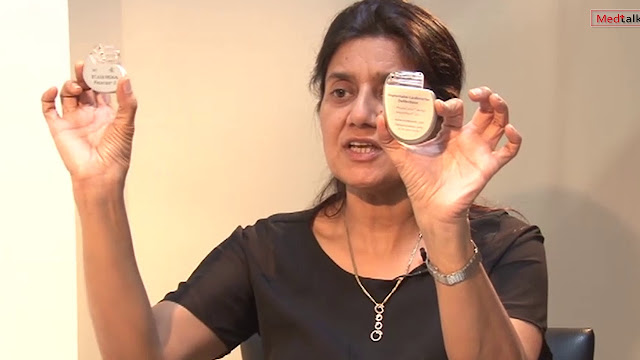 It is a medical device that uses electrical impulses delivered by electrodes to contract the heart muscles and regulate the beating of the heart. The primary purpose of a Pacemaker is! o, maintain an adequate heart rate, either because the heart's natural Pacemaker is not lost enough, or there is a problem with the heart's electrical conduction system.

WHO NEEDS A PACEMAKER?

A Pacemaker is generally implanted into patients who have had repeated loss of consciousness or are at risk of it.

HOW DOES IT WORK?

A pacemaker’s computer also records your heart's electrical activity and heart rhythm. Your doctor will use these recordings to adjust your Pacemaker so it works better for you.
Your doctor can program the Pacemaker’s computer with an external device. He or she doesn't have to use needles or have direct contact with the pacemaker Pacemakers have one to three wires that are placed in different chambers of the heart. The wires in a simple-chamber Pacemaker usually carry pulses to lie right ventricle (the lower right chamber of your heart). The wires in a dual-chamber Pacemaker carry pulses to the right atrium (tie upper right chamber of your heart) and the right ventricle.
The wires help coordinate the timing of these two chambers’ contractions. The wires in o Di-ventricular Pacemaker carry pulses to an atrium and both ventricles. They help coordinate electrical signaling between the two ventricles. This type of Pocemoker is called a Cardiac Resynchronisation Therapy [CRT) device. It is given to patients with Symptoms OF Heart Failure

WHERE IS THE PACEMAKER IMPLANTED?

It can be implanted using either the Endocardial or the Epicardial approach.

It is inserted under the shoulder bone.

CONSULT TODAY! BEST HEART SPECIALIST
If you want to get good treatment and want to get rid of expensive treatment pain, then get your heart treatment in the Best Cardiologist Clinic in Delhi today. 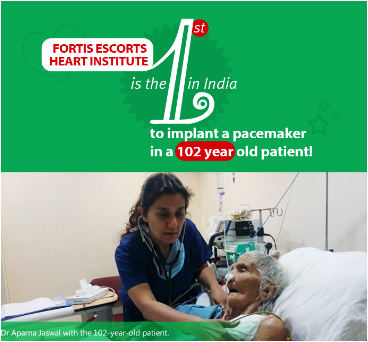 Dr. Aparna Jaswal:- implanted a pacemaker in a 102-Year-Old Patient...
Additional Director Cardiologist and Electrophysiologist at the Escorts Heart Institute and Research Centre in New Delhi. Joined as Senior Resident in Cardiology.

Actively involved in teaching DNB and PGDCC candidates, and residents at the Escorts Heart Institute and Research Centre

HOW IS IT IMPLANTED? 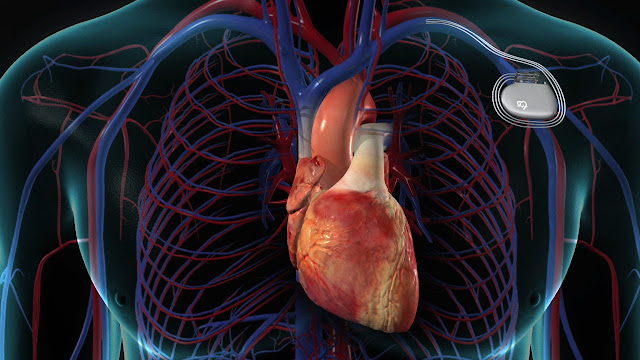 A Pacemaker is typically inserted into the patient through a simple surgery using either local anesthetic or occasionally a general anesthetic. The patient may be given o drug for relaxation before the surgery as well. An antibiotic is typically administered to prevent

infection. In most cases, the Pacemaker is inserted Detow left shoulder area where the incision is made below the collar bone creating a small pocket where the pacemaker is actually housed in the patient s body. The lead or leads (the number of leads varies depending on the type of Pacemakerj are ted into the heart through a large vein using a Fluoroscope monitor. The actual surgery may take about 30 to 90 minutes.

HOW OFTEN DOES A PACEMAKER NEED TO BE CHECKED?

Popular posts from this blog

What You Need To Know About Electrophysiology Study 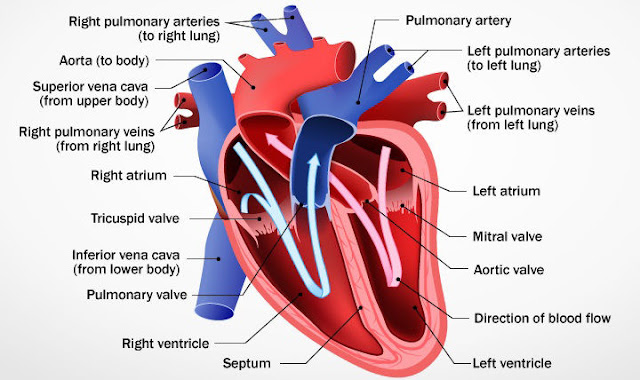 How The Heart Works The heart is a hollow, muscular organ that pumps blood throughout the body. The heart has four chambers, two upper (atria) and two lower (ventricles). The heart depends on its electrical system to deliver signals and make the   heartbeat   normally. For a normal heartbeat, an electrical signal starts in the sinus node, travels through  the  right and left atria, then trough the AV node to the right and left ventricles. If a signal starts in a different location, it travels an abnormal pathway. What Is An Electrophysiology Study? In some people, the signal starts elsewhere in the heart and follows an abnormal pathway (see page 1). This can cause the heart to beat very slowly (bradycardia) or very fast (tachycardia). During an electrophysiology (EP) study, two or more catheters (long, flexible wires) are inserted through veins in the leg, arm, and/or neck, into the heart. The
Read more

Things To Do Every Day To Keep Your Healthy Heart 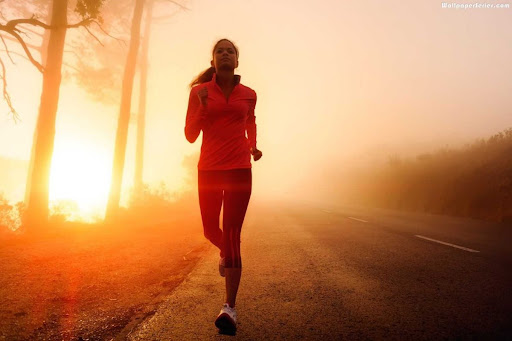 Today, I wish to   talk to you about a healthy heart . I think all of us are very desirous of having a healthy heart. And believe me, it's a   very simple thing to do . If you make your lifestyle such that your heart remains healthy, you as an individual are responsible for your heart's health.  Two Elements That You Need To Focus on: EXERCISE That is your exercise regime and your diet. Now, these two incorporate lifestyles, I'm assuming that you understand that you do, you have to quit smoking if you wish to have a healthy heart. And as far as these two elements are concerned, exercise, let me talk about that. First. It is essential that we  exercise at least 40 minutes a day , people come and tell me, doctor, I'm very busy, I have no time. I cannot believe that we cannot take out 40 minutes for ourselves every day. So exercise 40 minutes a day, and try to do  at least four kilometers in a day . ALSO READ:-   What is Heart Attack: Symptoms, Warning, and Treatments HE
Read more

Dr.Aparna Jaswal
A2/95, Janakpuri, New Delhi – 110058, Delhi, India
I AM Dr.Aparna Jaiswal Best Cardiologist in India with more than 22 years of experience as Additional Director Cardiologist and Electrophysiologist at the Escorts Heart Institute and Research Centre in New Delhi…